The Fantastic Four is a fictional superhero team appearing in comic books published by Marvel Comics. The group debuted in The Fantastic Four #1 (cover dated Nov. 1961), which helped to usher in a new level of realism in the medium. The Fantastic Four was the first superhero team created by writer-editor Stan Lee and artist/co-plotter Jack Kirby, who developed a collaborative approach to creating comics with this title that they would use from then on. As the first superhero team title produced by Marvel Comics, it formed a cornerstone of the company's 1960s rise from a small division of a publishing company to a pop culture conglomerate. The title would go on to showcase the talents of comics creators such as Roy Thomas, John Buscema, George Pérez, John Byrne, Steve Englehart, Walt Simonson, and Tom DeFalco, and is one of several Marvel titles originating in the Silver Age of Comic Books that is still in publication in the 2010s.

The four individuals traditionally associated with the Fantastic Four, who gained superpowers after exposure to cosmic rays during a scientific mission to outer space, are: Mister Fantastic (Reed Richards), a scientific genius and the leader of the group, who can stretch his body into incredible lengths and shapes; the Invisible Woman (Susan "Sue" Storm), who eventually married Reed, who can render herself invisible and later project powerful force fields; the Human Torch (Johnny Storm), Sue's younger brother, who can generate flames, surround himself with them and fly; and the monstrous Thing (Ben Grimm), their grumpy but benevolent friend, a former college football star and Reed's college roommate as well as a good pilot, who possesses superhuman strength and endurance due to the nature of his stone-like flesh.

Ever since their original 1961 introduction, the Fantastic Four have been portrayed as a somewhat dysfunctional, yet loving, family. Breaking convention with other comic book archetypes of the time, they would squabble and hold grudges both deep and petty, and eschewed anonymity or secret identities in favor of celebrity status. The team is also well known for its recurring encounters with characters such as the villainous monarch Doctor Doom, the planet-devouring Galactus, the sea-dwelling prince Namor, the spacefaring Silver Surfer, and the shape-changing alien Skrulls.

The Fantastic Four have been adapted into other media, including four animated television series, an aborted 1990s low-budget film, and the studio motion pictures Fantastic Four (2005) and Fantastic Four: Rise of the Silver Surfer (2007). A reboot is in early development for a release date in 2015. 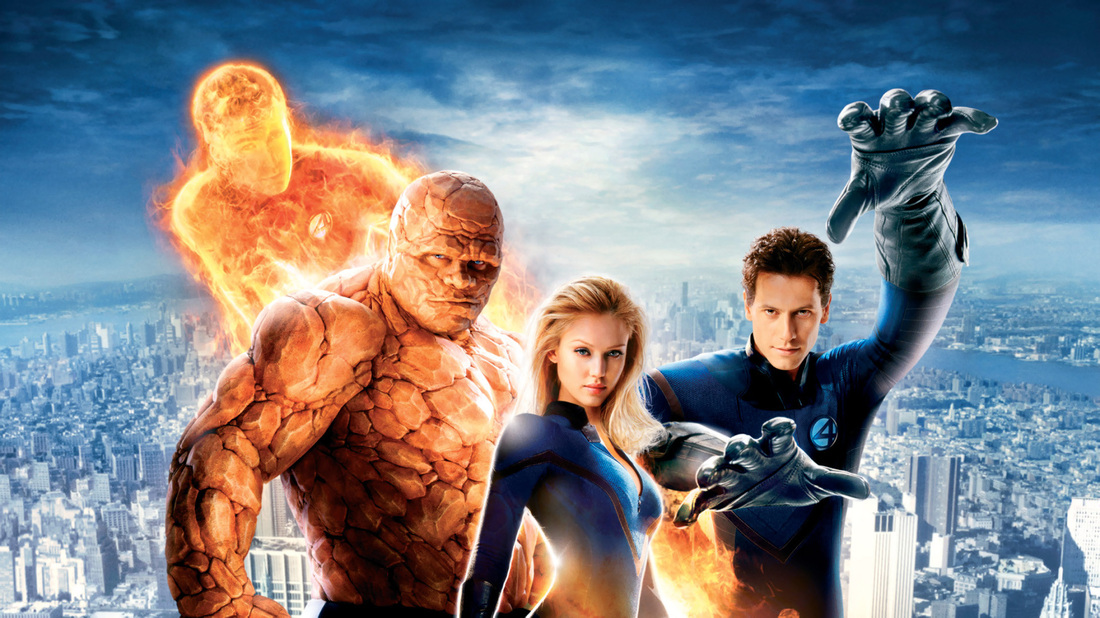 Apocryphal legend has it that in 1961, longtime magazine and comic book publisher Martin Goodman was playing golf with either Jack Liebowitzor Irwin Donenfeld of rival company DC Comics, then known as National Periodical Publications, and that the top executive bragged about DC's success with the new superhero team the Justice League of America.[note 1] While film producer and comics historian Michael Uslan has debunked the particulars of that story,[note 2] Goodman, a publishing trend-follower, aware of the JLA's strong sales, did direct his comics editor,Stan Lee, to create a comic-book series about a team of superheroes. According to Lee, writing in 1974, "Martin mentioned that he had noticed one of the titles published by National Comics seemed to be selling better than most. It was a book called The [sic] Justice League of Americaand it was composed of a team of superheroes. ... 'If the Justice League is selling', spoke he, 'why don't we put out a comic book that features a team of superheroes?'"[1]:16

Lee, who had served as editor-in-chief and art director of Marvel Comics and its predecessor companies, Timely Comics and Atlas Comics, for two decades, found that the medium had become creatively restrictive. Determined "to carve a real career for myself in the nowhere world of comic books,[note 3] Lee concluded that, "For just this once, I would do the type of story I myself would enjoy reading.... And the characters would be the kind of characters I could personally relate to: they'd be flesh and blood, they'd have their faults and foibles, they'd be fallible and feisty, and — most important of all — inside their colorful, costumed booties they'd still have feet of clay."[1]:17

Lee said he created a synopsis for the first Fantastic Four story that he gave to penciller Jack Kirby, who then drew the entire story. Kirby turned in his penciled art pages to Lee, who added dialogue and captions. This approach to creating comics, which became known as the "Marvel Method", worked so well for Lee and Kirby that they used it from then on; the Marvel Method became standard for the company within a year.[2]:87

Kirby recalled events somewhat differently. Challenged with Lee's version of events in a 1990 interview, Kirby responded: "I would say that's an outright lie",[3]:39 although the interviewer, Gary Groth notes that this statement needs to be viewed with caution.[note 4] Kirby claims he came up with the idea for the Fantastic Four in Marvel's offices, and that Lee had merely added the dialogue after the story had been pencilled.[3]:38 Kirby has also sought to establish, more credibly and on numerous occasions, that the visual elements of the strip were his conceptions. He regularly pointed to a team he had created for rival publisher DC Comics in the 1950s, Challengers of the Unknown. "[I]f you notice the uniforms, they're the same... I always give them a skintight uniform with a belt... the Challengers and the FF have a minimum of decoration. And of course, the Thing's skin is a kind of decoration, breaking up the monotony of the blue uniform."[4]:4 The characters wear no uniforms in the first two issues.

Given the conflicting statements, outside commentators have found it hard to identify with precise detail who created the Fantastic Four. Although Stan Lee's typed synopsis for the Fantastic Four exists, Earl Wells, writing in The Comics Journal, points out that its existence doesn't assert its place in the creation; "[W]e have no way of knowing of whether Lee wrote the synopsis after a discussion with Kirby in which Kirby supplied most of the ideas".[5]:78 Comics historian R. C. Harvey believes that the Fantastic Four was a furtherance of the work Kirby had been doing previously, and so "more likely Kirby's creations than Lee's".[6]:69 But Harvey notes that the Marvel Method of collaboration allowed each man to claim credit,[6]:68 and that Lee's dialogue added to the direction the team took.[6]:69 Wells argues that it was Lee's contributions which set the framework within which Kirby worked, and this made Lee "more responsible".[5]:85 Comics historianMark Evanier, a studio assistant to Jack Kirby in the 1970s, says that the considered opinion of Lee and Kirby's contemporaries was "that Fantastic Four was created by Stan and Jack. No further division of credit seemed appropriate".[7]:122 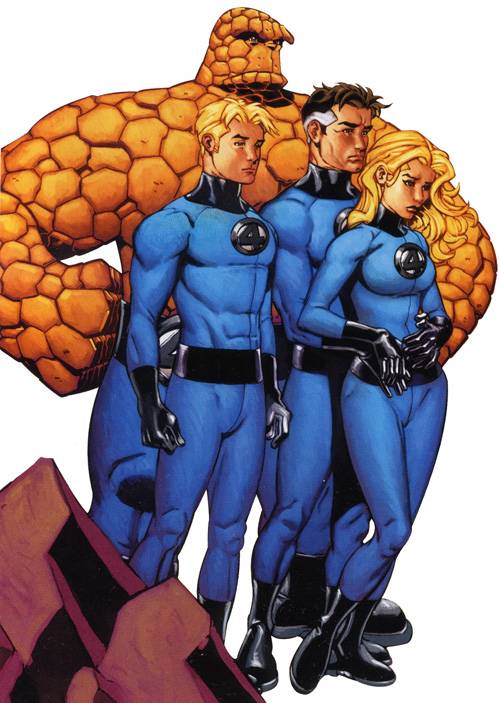